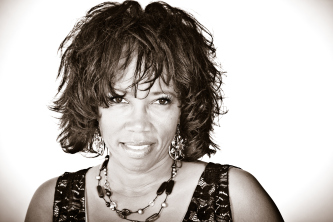 Lisa Sanders is an electrifying harmonizer. Her heartfelt songs are genuine with deep meaning and conviction.  A musical style that can only be described as a soulful country blues, her genres include folk pop, gospel, rock and jazz. Writing, singing and producing from her heart in nearly every genre for over three decades, Sanders continues to make an impact in the musical world.


Born in Philadelphia, Pennsylvania, she began singing with her older brother Ty at an early age. The family relocated to Argentia Newfoundland, Canada where her parents encouraged music daily. Artists from Motown Records, Johnny Cash and others with a mixture of rock and classical music were key influencers in Sanders’ upbringing. Upon moving to Southern California, she signed to Cargo Earth Records and released her first album Isn’t Life Fine. After her second album Life Takes You Flying was released in 1999, Sanders went on to establish her own label Maya Jade Records in 2004. She has since released five albums from her own label:


Sanders has worked with musical legends including the Truckee Brothers, Lucinda Williams, Bonnie Rait, Al Green, BB King and Babyface. Sanders continues to songwrite, produce and collaborate with artists from all over. She currently resides in San Diego as the founder of Star Woodwork by Lisa. Star Woodwork by Lisa specializes in handcrafted wooden materials into beautiful objects, structures and garden pieces.
-----